UAE: CAN THE GOVERNMENT ACHIEVE A SUCCESSFUL ECONOMIC REBOOT? 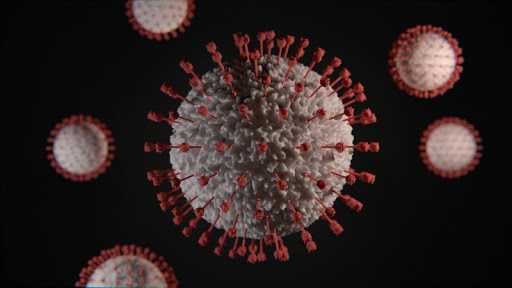 THE COVID-19 HEALTH HAZARD AND THE ECONOMIC DOWNTURN CAUSED BY THE VIRUS HAS PUT THE GCC NATIONS UNDER IMMENSE PRESSURE.

The health crisis resulted in a severe blow to income streams and profitability for corporates, businesses, SMEs, individuals, and even sovereign wealth funds, in diverse but comparably devastating measures. However, the UAE government has displayed commendable prowess in its fight to minimize and combat the economic repercussions from the pandemic and support its economy. With the economic prosperity of its ~USD 421 billion market (as of 2019) under threat, government officials and policymakers moved quickly and effectively to safeguard the health of its citizens and boost its economy through a cohort of measures ranging from effective testing strategies to monetary stimulus. The government also introduced a host of initiatives aimed at boosting real estate and peripheral sectors, while laying significant emphasis on incentivizing expats to flock back to the country. The unprecedented reforms by the UAE government underscores its desire to cement the country’s rising prominence as a business hub in the global arena.

Over the years, the UAE has drawn numerous investors to its shore due to its conducive business environment, lucrative appeal and low tax environment. This inadvertently meant that the financial stress on UAE-based corporates, private businesses, and SMEs amid higher costs and lack of funding, were particularly harmful. Rising to the occasion, the government took proactive measures to rehabilitate its economy, rolling out a massive economic stimulus worth AED 256 billion (USD 70 billion or 20% of GDP) along with a stimulus package worth AED 26.5 billion (USD 7.2 billion or 2% of GDP) in terms of fiscal measures to combat the pandemic. Several other relief measures rolled out since the onset of the pandemic include policy interest rate reductions, payment service fee waivers, lowered reserve requirements, zero-interest-rate loans to banks, use of excess capital buffers, a 5% rise in the LTV ratio for first-time home buyers, bank fee limits for SMEs, higher limits on banks’ exposure to real estate, and lower Net Stable Funding and Advances-to-Stable Resources Ratios, among others. The UAE’s stimulus package, Targeted Economic Support Scheme (TESS), was especially helpful, with integrated relief measures to spur funding, liquidity, lending and capital in the banking sector. The TESS loan deferral program’s liquidity management facility for banks through zero cost funding enabled them to offer payment deferrals to COVID-hit corporates, SMEs and consumers, and was a huge success benefitting over 310,000 retail customers, ~10,000 SMEs, and more than 1,500 private corporates. This integral liquidity boost since March prompted an extension of TESS relief measures for six more months in light of the prolonged pandemic.

The UAE has also been highly ambitious about its desire to diversify away from hydrocarbons. Recent legislation by the government allowing foreign investors full ownership of local companies sans an Emirati sponsor from December 2020 marks a milestone in this direction, and is likely to spur an explosive surge in investor interest and FDI inflows. The UAE was the largest FDI recipient in the Middle East during 2019, recording ~33% Y-o-Y growth in inflows to USD 14 billion, which only further emphasizes the abundance of opportunities herein. The amendments are primarily designed to reduce costs for companies and attract aspiring foreign entrepreneurs build their businesses in the Emirates. There has also been a government push toward increased public-private collaborations, accelerated digitalization of key sectors (retail, healthcare, financial services, etc.), and decrees to safeguard businesses and employees, all of which are enhancing the UAE’s investor appeal.

One of the major threats to economic recovery, however, remains the exodus of expats during the pandemic, a demographic that represents a staggering 88.5% of the UAE’s population and more than 91% of its workforce. While the employment index by IHS Markit dropped to the lowest level in more than a decade, Oxford Economics estimated the UAE’s population would shrink by nearly 10%, a loss that would have substantial consequences on the economy. In a bid to address this challenge, the UAE rolled out several reforms to improve the nation’s expat-friendliness in terms of national legislation and the investment environment. Reforms included decriminalizing acts such as alcohol consumption (removed a requirement to obtain a license to consume) and cohabitation among unmarried couples, along with changes in wills and inheritance, divorce and citizenship, and legal changes to personal status and family laws, thus allowing UAE residents to have such affairs dealt with according to home country laws. Dubai also introduced the Virtual Company License, allowing global businesses to access Dubai-based firms through a regulated e-commerce platform, opening fresh avenues for them to explore new markets and digital investment opportunities in the Emirate. The initiative – enabling global investors to do business in Dubai without physically moving – is expected to attract ~100,000 global companies. Meanwhile, expat-conducive residency measures were also introduced. In September, Dubai’s ‘Retire in Dubai’ program was launched for resident expats and foreigners over 55 years, while in October a first-of-its-kind virtual visa scheme was launched to allow remote working professionals globally to relocate to Dubai with their families, with access to all the Emirate’s services (such as schooling, telecom, etc.).

Apart from making the UAE more inviting for expats and foreign investment, the new laws will also provide a key stimulant to its real estate market, a major GDP contributor, which is grappling with the effects of the prolonged pandemic strain and lower oil prices. Real estate contributed over AED 29.4 billion (~USD 8 billion) or 7.2% to Dubai’s GDP in 2019, growing faster (3.3% Y-o-Y) than overall GDP (2.2% Y-o-Y). UAE property prices have been falling in the past few years, and this decline continued into 2020 (Abu Dhabi and Dubai values fell 8.3% and 6.6% Y-o-Y in Q2 2020). However, softer prices present opportunities for a host of affordable and lucrative solutions for investors, especially with the Expo 2020 being delayed until next year, which providing some breathing space to Dubai’s ailing property market. Attractive prospects could nudge expats to buy property and consider migrating back to the UAE with their family for the long-term, culminating in retirement. Further government reforms targeted at this outcome include the rollout of long-term (5-10 years) visas for investors, entrepreneurs, professionals, and medical/scientific/research/technical specialists. By virtue of these efforts, working in the UAE has arguably become more accessible than ever before. Professionals can use virtual visas to work in Dubai without risking the security of home country jobs, while long-term visas with their incentive of flexibility and assurance of continuity could draw expats to the UAE, spurring a revival in employment, businesses and the property sector.

In essence, the confluence of all the efforts by the UAE government to revive its economy has covered a cohort of considerations, ranging from boosting liquidity and spending to the reviving the real estate and peripheral sectors. As the government pushes forward with its mandate, continued stimulus will play a much-needed catalyst in sustaining the pace of economic recovery, especially as a fresh wave of infections and lower oil prices continue to pose a looming threat. What comes across clearly, is the willingness and ability of the UAE government to support the economy in its efforts to reach pre-pandemic levels, as well as secure its future in a post-COVID-19 world. The desire to diversify, innovate and stay competitive has driven its transformation over the years, and the UAE now boasts of improved ease-of-doing-business and a growing pool of talent and young consumer demographic, all of which are critical to innovative development. The government’s proactive approach will continue to spur renewed optimism and faith in its ability to generate jobs, attract businesses onshore and drive a strong economic revival, as well as build a sustainable economy that is grounded in knowledge, innovation and diversity.