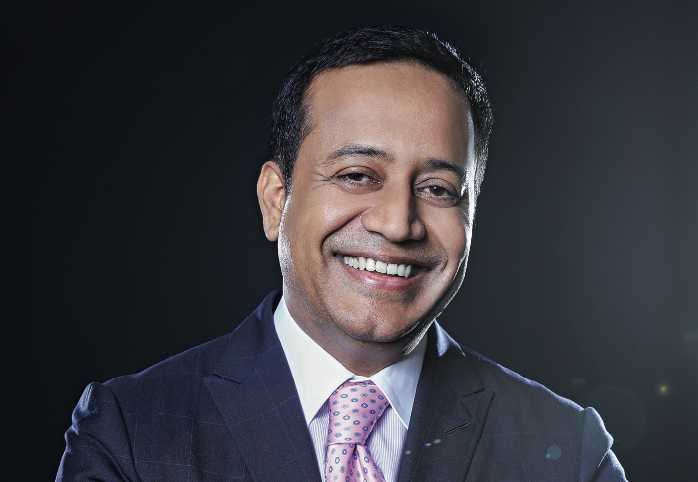 The market for alternative therapies such as gene-based solutions has garnered investor interest due to advancements in recent months, states entrepreneur and investor Shailesh Dash Alternative therapy subsets such as gene-based solutions have been gathering momentum at a remarkable pace in recent times. The potential applications of genome engineering are poised to have a deeply significant impact on the future of medical advancements and healthcare as we know it. Initially facing a barrage of acceptance challenges in the form of approval from government bodies and other authorities, gene therapy has evolved over the years to include the potential to prevent hereditary diseases such as hemophilia and cystic fibrosis, as well as presenting a possible cure for cancer, AIDS and heart disease. CRISPR-based diagnostics in particular, have evolved at a substantial pace over the last couple of years. In 2020, the Covid-19 situation only accelerated the advent of these gene editing tools and magnified their role within the industry. Many researchers moved to study the virus and brought gene editing and sequencing technologies to the forefront to meet the need of the hour. CRISPR-based technology also served the urgent need for faster and better testing diagnostics through gene detection. It was used successfully to develop rapid Covid-19 testing and attained its first US Food and Drug Administration (FDA) approval. CRISPR technology further helped the shift from physical facilities to point-of-care settings including off-the-shelf tests or pop-up testing centres. Researchers and scientists are also turning to CRISPR’s applications as a possible therapeutic option to destroy the Covid-19 genomic RNA and stop viral replication. In March, Belgian researchers identified host factors necessary for a Covid-19 infection by performing genome-wide genetic screens. This breakthrough could allow the use of such factors in developing drugs to treat Covid-19 or even potential future outbreaks of similar coronaviruses. Evidently, the current pandemic has accelerated development of CRISPR and other gene-based diagnostics. The need for rapid and scalable solutions is fueling growth in genome-based diagnostics, thus opening up a barrage of new avenues for gene therapy to achieve mainstream status. Fittingly in 2021, the global CRISPR gene editing market is forecast to grow substantially over the next decade, at a staggering 26.86 per cent CAGR from its estimated valuation of $846.2m in 2019, to reach $10.8bn by 2030. The market for alternative therapies, such as gene-based solutions has also garnered investor interest on the back of advancements witnessed in recent months and years. US-based Clear Labs raised funding to the tune of $18m in May 2020 over its prospects following its 2019 Oxford Nanopore Technologies distribution agreement. Equity markets have also acknowledged the vast potential in this relatively under-tapped and nascent segment, even as companies employed in the manufacturing, research, development and provision of gene-based therapeutics and solutions are witnessing rising active investor interest. The advent of a market for such powerful new bioengineering tools is emphasised in the uptick of several standout companies. For instance, CRISPR Therapeutics, which develops gene-based medicines for serious diseases through its revolutionary CRISPR/Cas9 platform, offers therapeutic programmes across a wide range of rare diseases, oncology, hemoglobinopathies and regenerative medicine. With notable prior successes in treating hereditary retinal and blood disorders with gene therapy, CRISPR’s efforts to expand has now driven collaborations with leading firms such as Vertex Pharmaceuticals and Bayer, and in 2020, sent its stock up by over 150 per cent. Genetic testing company Fulgent Genetica is another strong player, offering 18,000 single-gene tests, over 800 tests for rare diseases, as well as genome sequencing. In 2020, its stock jumped a remarkable 304 per cent on the back of a surge in testing volumes post Covid-19, with the stock price multiplying more than 9x since the start of 2020 (as of March 17). The company’s recent Q4 earnings also beat estimates, with strong Y-o-Y improvements in both top and bottom-line figures (+3,400 per cent revenue growth), and 2021 guidance projecting 90 per cent revenue growth. The $19bn biotech firm 10x Genomics is broadly engaged in gene sequencing, and deals in instruments, consumables and software for analysing biological systems. Its Q4 earnings beat estimates and showed a 49 per cent Y-o-Y growth in revenue, largely from higher sales of consumables used with its genomic analysis instruments. Its strong fundamentals pushed its stock up by roughly 86 per cent in 2020, and its expansion plans are likely to boost the company’s prospects over the coming year. Twist Bioscience Corp is yet another fast-growing synthetic biology and genomics company whose pioneering DNA synthesis platform is enabling manufacturing of a wide array of products such as synthetic genes and next-generation sequencing (NGS) preparation tools. The company’s plans to highlight genotyping by sequencing and its new NGS Methylation Detection system, together with its exploring of long-term opportunities in DNA digital data storage and biologics drug discovery, are sparking keen investor interest in its growth prospects, marking its stock a ‘buy’ by multiple market analysts, even as it recorded a staggering 590 per cent stock surge since 2020 (as of March 17). Apart from genome-based therapeutics, other alternative therapies are also emerging as niche segments. Technological advances in medicine are now going beyond all previous norms, and powerful new technologies are emerging with potential to shake up medical sciences. Researchers across the world are continually seeking cures for a host of genetic, mutative, chronic, hereditary and mental diseases, through alternative therapies. For example, gene therapies are finding uses to formulate products such as industrial materials and biofuels, apart from their medical applications. Investment into such domains is likely to pay off in the long term, as R&D begets medical discoveries, which offer new ways to optimise such tools for human benefit. The clinical market of the future will be driven by next-generation gene sequencing, robotic automation and more, with investment fostering continuous development and evolution.