THE RISE OF INTRAPRENEURS 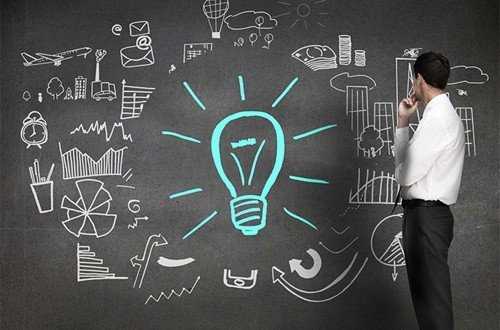 Globalization, technological developments, the ease of transferability of ideas and mobility of people has resulted in a structural change in the world’s economy. Among other changes, industries have witnessed a shift away from larger firms, characterised by mass-scale production, towards an increasing number of smaller firms. Interestingly, in order to remain competitive, even large firms have seen a re-composition of their business units into smaller and innovation-centric units.

At the heart of these small and innovation-centric units is an ‘Intrapreneur’-someone who thinks like an entrepreneur but is an employee within an organization. An intrapreneur drives organisational change, feels liberated to experiment with creation of new products or processes, thinks ‘out of the box’, and is highly motivated by creation of innovation in the organisation.

Harvard Business Review (HBR) suggests that, for any organisation that wishes to build an innovation engine within it, must excel at operationalizing ideas from its energized people- its intrapreneurs, who are willing to do everything they can to fight off internal resistance without creating chaos. The HBR finds that in a firm with 5,000 employees, there are at least 250 natural innovators; of these at least 25 are great intrapreneurs who can build the next business for a firm.

According to Forbes, big companies need to nurture intraprenuership to survive. Big names like Google, 3M and Intel are well known for their efforts in encouraging intrapreneurship by allowing their employees to spend some proportion of their time on developing innovative ideas, unrelated to their regular tasks. Some of the examples of intrapreneurial business units, within organisations that were a roaring success include, Mac, iPhone, iPod inside Apple; Driverless cars, Google Glasses at Google; Play station from within Sony; Post-it Notes inside of 3M; Digital Light Processing Technology inside of Texas Instruments, and many more.

The benefits accrued as a result of intrapreneurial innovation are not limited to an organisation alone. They have a far reaching impact on the economy too. According to World Economic Forum report titled ‘The Human Capital Report 2016’, the Human Capital Index is positively correlated with gross national income (GNI) and gross domestic product (GDP) per capita. Therefore, economic gains from increased human capital can be fully realised only when players across all sectors employ them efficiently.

While the concept of intrapreneurs’ contribution in enhancing business value is still evolving in advanced countries, emerging economies are observing, learning and aiming at building a conducive environment, fast. In the case of UAE, government is making conscious and consistent efforts to develop itself into a knowledge and innovation rich economy by encouraging R&D and innovation in both the public and private sector. According to The Global Innovation Index 2017, UAE currently enjoys 3rd ranking among North African and Western Asian countries and 35th globally among 127 countries in terms of performance in the 2017 Innovation Index. In 2015, with current total investment in innovation estimated around AED14 billion, annually, of which AED7 billion are allocated for R&D, the UAE government envisages in its Vision 2021 to become amongst the most innovative nations in the world.