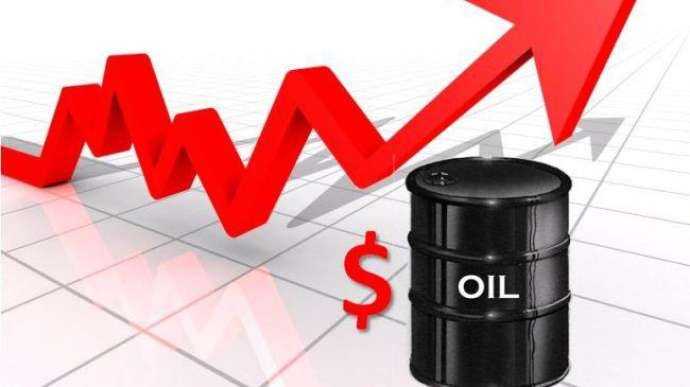 A gradual recovery in oil prices from a monthly average of US$30 per barrel earlier in 2016 to around US$54 a barrel by end of 2016 remained far below the price peaks enjoyed by oil producing countries until 2014. Even after OPEC members entered into an agreement at the start of 2017 to cut production, prices have remained subdued in the range of US$52 and US$46. According to IMF’s Regional Economic Outlook, April 2017, oil prices are expected to remain low and highly uncertain over the medium term and the onus continues to shift heavily on governments to ensure steady commitment towards fiscal reforms.

Among GCC countries, the World Bank identifies Bahrain as the most vulnerable member in the face of low oil prices. By 2015, oil revenues fell by about 10% of GDP for the country and fiscal deficit swelled to 12.8% of GDP. To sustain economic growth at 2.9%, Bahrain’s government had to suffer a drastic decline in reserves and face mounting public debt of 62% of GDP. Similarly, Oman’s GDP declined to 2.2% in 2016 (compared to 5.7% in 2015).The slide in oil prices also led to growth in Qatar to slow down to 2.9% in 2016 (compared to 3.5% in 2015). Saudi Arabia, whose 80% revenues are from oil sources, suffered a decline too in 2016. UAE recorded decline in GDP to 2.3% in 2016 (compared to 5% in 2015). Fiscal consolidation weakened business and consumer confidence, and dampened private sector growth in 2016. Kuwait on the other hand was able to sustain economic growth at 3% in 2016 on the back of increased oil production and implementation of a development plan.

Following production cut agreements among OPEC members at the start of 2017, oil price still remain low and hover around US$50 per barrel. Any budgetary relief emanating from this is expected to be limited in at least 2017. For Bahrain the World Bank projects real GDP growth to remain low at 1.9% in 2017 and 2018. Oman’s growth is expected to slow down further to 1% due to oil production cuts agreed by OPEC, government spending cuts and reduced private consumption. In 2017 the budget deficit has already reached 10.6% of GDP despite spending cuts. Therefore, Oman will require increased fiscal restraint in the medium term to avoid fiscal deficit to swell further.

In the case of Qatar, infrastructure spending and investments ahead of the 2022 FIFA World Cup along with a gas project that starts production in 2017, GDP growth is projected to remain buoyant at 3.3% in 2017. In the medium term, growth is expected to remain stable at 2.9% by 2019. However, the recent cut in diplomatic ties by the rest of Arab countries, could threaten its projected economic growth. Qatar Airways’ (one of the world’s fastest growing airline) growth could be negatively impacted (in the form of higher fuel bills) as other Arab countries disallow the use of their airspace by the airline. Similarly, Qatar being highly reliant on food imports could face food inflation within the country. Lastly, its construction sector could be one of the hardest hit industry as key construction materials like steel and concrete coming from Saudi Arabia could lead to serious delays in projects.

GDP growth in Saudi Arabia is expected to further slowdown to 0.6% in 2017 as a result of OPEC production cuts. It is expected that current account will record small surpluses by 2018. UAE is projected to growth by 2% in 2017 with growth prospects improving to 3.2% by 2019. This is largely backed by non-oil growth as the country gears itself for the Dubai 2020 Expo, fiscal reforms (e.g VAT), improvements in oil prices to lead to improved consumer confidence and financial conditions and the prospects of increased trade with Iran in the event that sanctions are lifted.

Lastly, Kuwait is expected to witness a decline in its GDP growth to 2.5% in 2017 on the back of oil production cuts agreed by OPEC members. In the medium term, however, growth is expected to increase to 3.2% as a result of planned public investment spending, partial recovery in oil prices and output, and increased non-oil revenues (e.g. VAT).

With GCC budgets strained in 2015 and 2016, IMF expects the GCC to record a current account surplus in 2017 (Bloomberg). This is as a result of spending cuts, slight recovery in oil prices and fiscal reforms initiated by all the member countries.