UAE economy to dodge recession in 2023 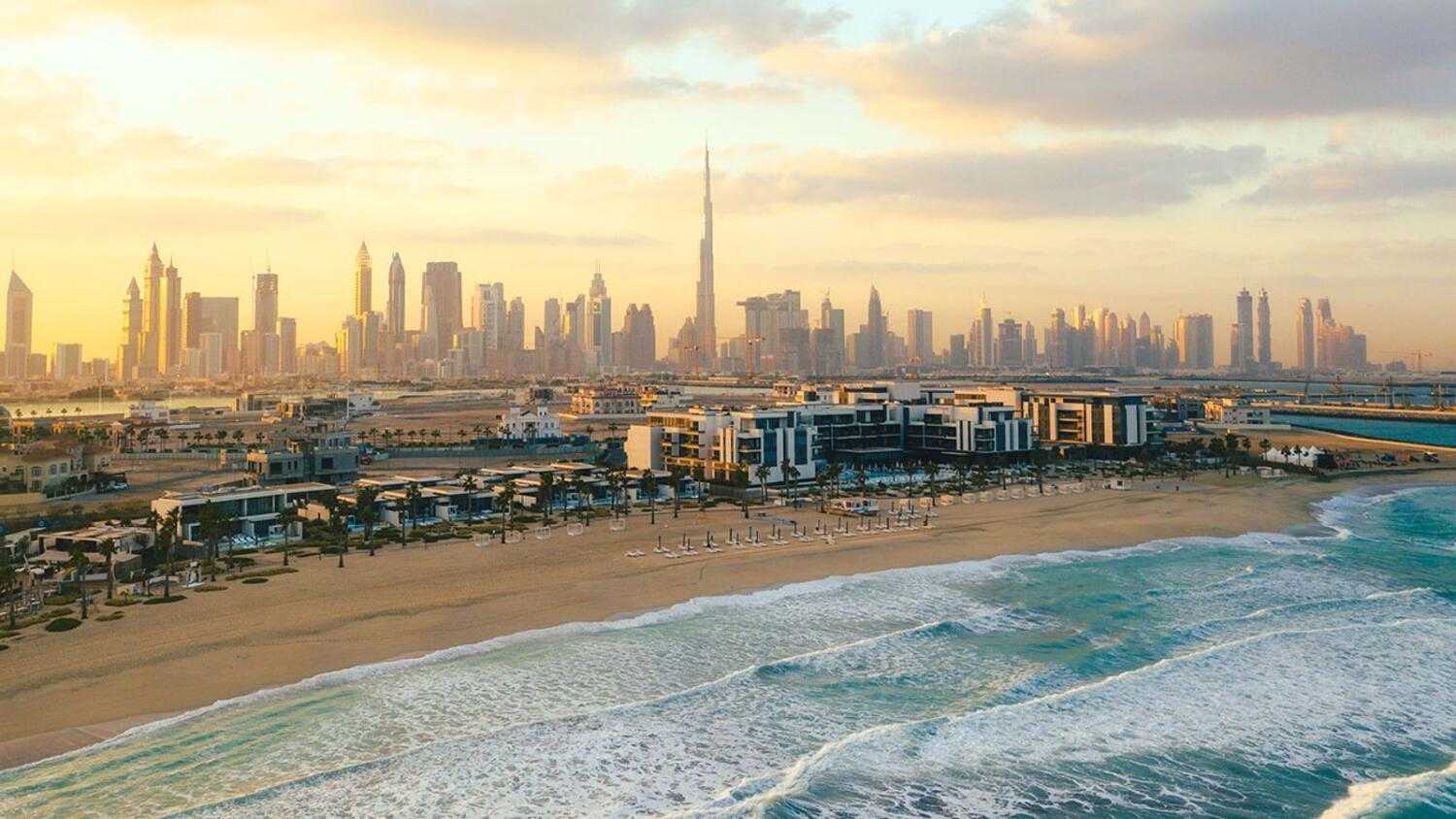 a month ago MUZAFFAR RIZVI Research

The UAE economy may experience an economic slowdown in 2023 because of global recession and geopolitical tension but it will remain on track to post a steady gross domestic product (GDP) of around five per cent compared to 7.6 per cent projected by the central bank for 2022.

As the global markets are facing a real threat of economic slump next year, the UAE economy will dodge recession due to higher oil prices and strong performance of non-oil sectors such as real estate, tourism, hospitality and logistics, experts say.

Analysts, economists, and executives said the UAE economy may experience an economic slowdown in 2023 because of global recession and geopolitical tension but it will remain on track to post a steady gross domestic product (GDP) of around five per cent compared to 7.6 per cent projected by the central bank for 2022.

"We still see UAE's economic activity remaining supported, albeit slowing. Both headline and non-oil GDP growth are forecast to decelerate, as a result of the strong base in 2022, higher domestic interest rates and global headwinds. We believe that projects linked to key strategic projects will be central to driving growth," Monika told Khaleej Times on Wednesday.

"The reform programme will also continue to provide some momentum. The opening of China should provide some external support to the economy," she said.

On Wednesday, FocusEconomics said the global economic growth is forecast to ebb to 1.8 per cent in 2023, down from 2.9 per cent this year. It mentioned recession in the West, the evolution of the Russia-Ukraine conflict and China-Taiwan tensions and avaccine-resistant strain of Covid19 some of the key reasons that will trigger economic downturn next year.

“2023’s reading will come on the back of slowdowns in developed economies, emerging Asia (excluding China), Latin America and the Middle East. In contrast, Sub-Saharan Africa should expand at a broadly similar pace to 2022, while Eastern Europe will return to growth,” according to the FocusEconomics.

In the latest Bloomberg survey conducted during December 12-16, as many as 38 economists responded about the chance of a recession and said the probability of a downturn in 2023 climbed from 65 per cent odds in November and is more than double what it was six months ago.

Atik Munshi, managing partner at FinExpertiza UAE, said the probability and forecast of a US economic recession is taking its rounds in the economic circle for some time now. Europe too faces some similar threats. The global impact, though, in my view is varied.

“The economies of Middle East, North Africa, India, China and the far east are likely to react in an opposite way in 2023. World Bank and others have given a growth forecast for UAE and the Middle East despite of the inflation impact. UAE will thus, we want to believe, buck the US and European trend on recession,” Munshi told Khaleej Times.

He said the IMF has revised it’s 2022 outlook about UAE growth to more than six per cent from its earlier outlook of 3.8 per cent; this clearly indicates that the UAE is doing well despite of the inflationary trends.

“The UAE economic forecast of 2023 is showing a growth of 6.5 per cent but I personally believe that UAE growth in 2023 will exceed 7.5 per cent in view of the oil prices, incoming FDI, rising population and real estate boom. Economics is now heavily tied with politics and hence applying mere economic models may not give the right results,” Munshi said.

Shailesh Dash, a Dubai-based financier and serial entrepreneur, said the UAE economy has proven to be one of the best economies in the world today backed by the growth in its real sector which has benefited significantly from the higher oil prices and the very attractive policies of the govt that helped increase FDI as well as a migration of wealth from different parts of the world to the UAE.

“This has led to a boom in the real estate and capital markets while also benefiting the other associated sectors such as tourism and services sectors. We believe this would continue to be the case atleast going into the first half of the 2023 and economy still able to attracting foreign capital and improved FDI which will keep the GDP growth to be better than most parts of the world,” Dash told Khaleej Times on Wednesday.

No recession in UAE

Vijay Valecha, chief investment officer, Century Financial, said the UAE is unlikely to be impacted by a recession due to the oil sector growth and robust non-oil economic sector performance.

“Nevertheless, given that the sale of hydrocarbons accounts for 30 per cent of the UAE's GDP, it is evident that energy prices will significantly impact how the UAE performs during a global economic downturn. However, tensions between Russia and the West remain high, and crude supply is likely to be limited by the sanctions imposed on them. This provides adequate support to the oil prices, which would cushion the UAE economy,” Valecha told Khaleej Times.

Among non-oil sectors, he said tourism, real estate and construction have bounced back strongly this year. That is not surprising since UAE is a hub of free trade due to its excellent infrastructure and stable political climate, he said.

“In addition, the UAE’s robust health infrastructure enabled the country to relax covid restrictions much earlier than in other parts of the world. This loosening of restrictions gave a tangible flip to the non-oil sector's economic growth by helping it garner many events this year,” Valecha said.

Furthermore, he said the country's hospitality sector also capitalised on the football world cup in Qatar, with many soccer fans preferring to stay in UAE. As a result, daily flights between Dubai and Qatar were up to 120 during the world cup.

Despite the rising interest rates, the real estate sector is likely to stay strong due to substantial end-user demand, he said.

“The anticipation of recession is looming for the Western world, and the repercussions would be felt in the UAE. Nonetheless, UAE's substantial investments in ports, roads, airports, tourism, finance and real estate are beginning to pay off. The non-oil sector should perform well strongly in the coming years, which should help avert a sharp slowdown,” he said.

Hatem Elsafty, CEO of Business Link, said the UAE economy has proved its resilience in past and it will again emerge stronger next year.

“In light of the travel and tourism business setup inquiries we receive at Business Link, I strongly believe the tourism industry will be a key player in the UAE's 2023 economy. The country has already revived greatly post-Covid. However, nothing in the foreseeable future can decrease UAE's popularity as a global tourism hub,” Saftay told Khaleej Times.

In addition, he said despite claims of a global recession, with heavy investments in future technologies and an increase in foreign investments, the decrease in the UAE's economy is far-sighted.

Aaron Portero, managing director at Connect Group, said: "With recession looming in many parts of the world, uncertainty reigns and businesses are carefully watching their bottom line. This makes many hesitant about committing to full-time positions, but still needing to fill a gap.”

“We're now seeing the change in visas from April coming into full force with many local businesses adapting their workforce to take on freelancers. The power of freelancers is undeniable. It dramatically expands the talent pool, allowing companies to hire and meet their talent needs at a fraction of the investment," Portero told Khaleej Times.

“Through the introduction of new innovative smart policies and laws, during and post Covid the country managed to extend their continued support to businesses thereby continuing to attract new investors. This has majorly contributed to the country becoming a hub to businesses from diverse industries irrespective of their scale and size,” he said.

He said the best example of this would be factoring for non-banking institution which was previously unheard of until 2021. It is only after the UAE Factoring Law was issued in August 2021, were trade finance companies allowed to support SMEs within the UAE there by boosting their efficacy and productivity and in turn improving their contribution to the economy, he said.

“Being the trade hub for the region this is a crucial service that a lot of businesses in the region can benefit from. Moreover, by supporting companies such as ours to establish here, the government allow us to helps small scale businesses by providing more avenues for trade finance which in turn benefits them as well as the UAE economy,” he said.

• Recession in the West

• The evolution of the Russia-Ukraine conflict and China-Taiwan tensions

• 2023’s reading will come on the back of slowdowns in developed economies, emerging Asia (excluding China), Latin America and the Middle East

• In contrast, Sub-Saharan Africa should expand at a broadly similar pace to 2022, while Eastern Europe will return to growth