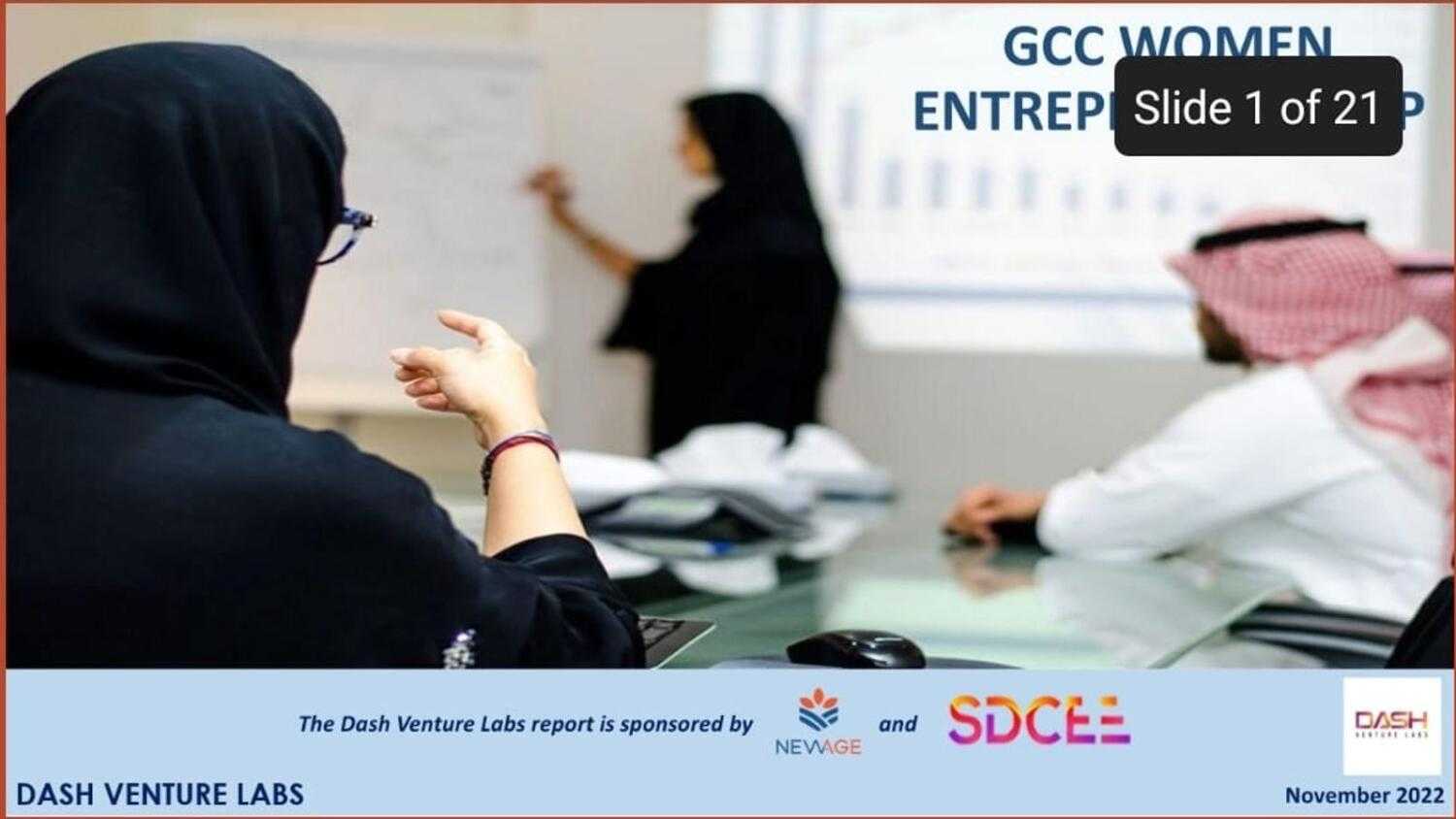 Women across the GCC are finding new and creative ways to overcome barriers to entering the workforce or beginning their own ventures, says a report.

The study – GCC Women Entrepreneurship – highlights women efforts to set up their businesses in the region despite several challenges such as the gender gap and structural disadvantages in fundraising and investment activities.

“Today, women entrepreneurs are key to inclusive economic growth, led by the UAE and Saudi Arabia. The region has been witnessing a change in recent years as countries are pushing ahead with gender neutrality measures as part of their national strategy to achieve sustainable growth for society,” according to the report launched by Dash Venture Labs.

Kuwait, Oman and Bahrain have also incorporated women-focused initiatives in their future development plans and vision. The common goal is to move in tandem with Goal 5 of the United Nations' Sustainable Development Goals —aimed at achieving gender equality and empowering all women.

Shailesh Dash, founder of Dash Venture Labs, said entrepreneur and startups are an important engine for growth for the region, especially with the changing landscape coupled with the rise in technological advancement across industries.

The report pointed out that GCC governments have been focusing on creating a stronger ecosystem around women entrepreneurs that can result in economic empowerment, a key to the region’s long-term diversification strategy. The rate of female entrepreneurship is positioning businesses spearheaded by females as an important source for jobs. Referring to the Council on Foreign Relations, the report said GCC could add as much as $812 billion to their GDP in next three years by achieving a holistic gender parity in the region.

“Women-led startups are increasingly gaining recognition by alternative financial institutions such as PE/VC firms, angel investors, as well as HNIs and SWFs. Following the widespread interest by such entities, banks have started partnering with associations and PE/VC firms to lend their support,” according to the report.

It further indicated that tech-based startups are the most represented sectors by women entrepreneurs. Several accelerators and investors, both domestic and global, have been actively supporting women entrepreneurs with funding and mentoring to bring innovative ideas into businesses.

The study also mentioned that women entrepreneurs still continue to face a series of barriers including access to finance and full participation in public life and the business ecosystem. These barriers appear at different stages of the entrepreneurial lifecycle.

The report suggested that it is imperative for the public and private sector to increase participation and reduce the gap to empower more women towards entrepreneurship. Although, there are a number of success stories around the world with women-led unicorns, it is essential to further enhance the ecosystem in order to build a stable, prosperous and equitable society.

“Women entrepreneurs are key to tackling global challenges, including catalysing the post-Covid-19 recovery. Unlocking the potential of women’s entrepreneurship requires micro-level interventions alongside a dismantling of macro-level constraints. It also requires concerted actions across the law, public policy and the private sector,” Dash concluded.